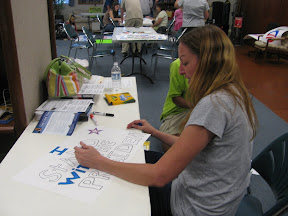 Hi, Robins! Our next Round Robin Photo Challenge is scheduled for Saturday, September 5th. It's one of Carly's topic suggestions:

Here is Carly's original description of the topic:

Whether we like it or not, at least a little politics is a part of all of our lives. City government, state and federal it affects us all. With the upcoming elections, there will be a lot of campaign signs, and political statements being made. Photograph something that says "Politics" to you. Have some fun with it. Buttons, yard signs, a candidate's personal appearance in your town, a protest, a political bumper sticker, anything to do with politics that strikes your fancy.


Here in the U.S. we're a few months away from an off-year election day, but there's a lot of political stuff going on right now in the fight over health care reform. Maybe a mayor is fighting for re-election, or someone is collecting signatures for medical marijuana. Heck, even the Changing of the Guard at Buckingham Palace is at least vaguely political. City Hall, a prime minister's official residence, a school board meeting or a vintage I Like Ike button can all be considered political. So grab your camera and photograph the seats of government, the signs, the paraphernalia, the politicians or the people!

Remember all the usual stuff:

I elect to play!

That's it for now, folks! Go be photographers! And don't forget these other memes:

The Ellipsis Monday Photo Shoot - hosted by Carly every Monday
The Weekend Assignment - hosted by Karen every Friday.

I vote we do this!

I will get political!

I have posted mine.

My picture is posted. I can't wait to see everyone's pictures.

Hop on my wagon and visit the birthplace of Canada!

Welcome Entry and Rules of Play 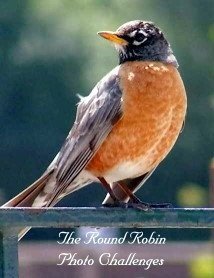 The Round Robin, by Carly

Blogware - Robins for Your Blog

Right-click and save to your drive and then upload for display on your own Journal or blog. Please don't link directly to the images. Enjoy!

A Robin may have more than one blog listed only if each blog has hosted a recent Round Robin entry.

Please let Karen know of any errors, omissions, or updates. If you haven't played lately, don't worry, you're not forgotten! Come back any time!